Enter keywords in the box below:

Chorlton Evangelical Church began in 1930 as the Chorlton Christian Fellowship. A local Christian, Arthur Lodge, did not feel that he could worship at any of the local churches because they did not respect the Bible, so he started holding meetings in his own front room at 9 York Road. God blessed this work, and some who attended these meetings came to believe in Jesus Christ. Soon the front room could hold no more.

A row of shops was being built in Beech Road and Arthur Lodge acquired the tenancy of a small hall over a shop on the corner of Wilton Road. Services were held there from Sunday 4th May 1930, and for the next 21 years this upper room was used as a place of worship, for the proclamation of the Gospel, and as a centre of Christian service and fellowship. On the left is a photograph of the Sunday School posing outside the Beech Road/Wilton Road building.

When Arthur Lodge retired in 1937, the work was firmly established. He died in 1949, the Fellowship becoming a living memorial to his faith in God and service for Him.

Arthur Lodge’s retirement left the Fellowship without a leader, so a small committee was formed to act until God had provided a replacement. But the 2nd World War intervened and military service took many men from Chorlton. The responsibilities of leading the Fellowship fell, therefore, upon Arthur Brunnschweiler and George Sutcliffe. God used these men to hold the work together during the difficult war years. In addition to their role as leaders, Arthur Brunnschweiler served as treasurer, and George Sutcliffe as organist.

God provided the leader in 1946. Various preachers had visited the church during the intervening years and one of them, Esca K.Thompson, had settled in the area. The Sunday School had been closed due to the war-time evacuation of children, and Mr. Thompson took charge of it when it reopened in 1945. A year later he accepted the invitation to become leader of the Fellowship, a position he held for nearly 30 years.

Under the leadership of Pastor and Mrs. Thompson the work flourished, and it was not long before larger and more suitable premises were needed. Early in 1949 the Fellowship began to look for a site for a new church building, and with God’s blessing the building was completed in 1951 – 21 years after the Fellowship had been founded. The opening and dedication service of the new building was held on Saturday 1st December 1951 at 3.30 p.m. The Rev. Stanley Banks (Emmanuel Bible College, Birkenhead) led the service, and preached on the Sunday also. The building was and is dedicated to the service and glory of our God. On the left is a copy of the cover of the booklet from the Opening and Dedication service.

The time was now ripe to put the organisation of the church on a legal footing, so the Fellowship of Independent Evangelical Churches (FIEC) were asked for help in drawing up a Trust Deed and a Basis of Faith. These were accepted and the church was formally constituted at a special meeting in 1951.

In February 1953 a supplementary Trust Deed was set up to change the name of the church to Chorlton Evangelical Church. The church joined the FIEC in July 1969. It was during Pastor Thompson’s honorary pastorate (in December 1962) that the prefabricated hall at the side of the church was erected.

Pastor & Mrs. Thompson were both fine Christians and faithful servants of our God, who truly had a fruitful ministry here at Chorlton. We thank God afresh for them, and for the other saints of the Fellowship at Chorlton who laboured well for the Lord and His Church.

At the AGM in December 1971 Pastor Thompson asked the church to seek a successor for him. The Church Council considered the support the church could offer a minister, and brought the matter to the members who proposed that Council seek a part-time partially supported minister. Council then wrote to the FIEC and to Bible colleges throughout Britain.

Several candidates were interviewed and came to preach at Chorlton, but none were felt to be the man of God’s calling. Then in June 1974, the BTI in Glasgow put the church in touch with Reginald Cooper of Ayr. He preached at Chorlton in August and October 1974, then after interviews and much prayer, the members at a special meeting on 1st November 1974, called Mr. Cooper to the Pastorate. His ordination and induction to the Pastorate was held in January 1975.

At the start of his ministry Pastor Cooper was partially supported, but on 25th May 1979 he became the church’s first fully supported minister. Under his ministry the work of the church progressed, and newsletters of the period praise God for an increase in membership. Events of those years included Pastor Cooper becoming President of the Lancashire and Cheshire Auxiliary of the FIEC in mid-1980, and the church hosting the FIEC Autumnal Rally later the same year. Also in December of that year the church celebrated its 50th anniversary.

One tangible reminder of this period is the church lounge. The cover of the Jul/Aug 1979 newsletter carried a drawing of the proposed extension, the planning and building of which occupied the next three years. The lounge was dedicated on 4th December 1982. Sadly, Pastor Cooper’s resignation was reported in the newsletter of Sep/Oct 1983, and his faithful work over the years was acknowledged.

Once more the Church Council searched for the man called by God to the Pastorate. Then the members agreed, at the Half-Yearly Business Meeting of 3rd June 1985, to call Mr. Walter Johnston to the Pastorate. He accepted this call on 13th June 1985, and the Recognition service at the commencement of his ministry was held on Saturday 12th October 1985 at 3.00 p.m.

About 150 people packed the church building on a warm, sunny October afternoon. Pastor David Sharp of Hoylake Evangelical Church delivered the charge to the Pastor from 1 Timothy ch.1 v.12. Walter Johnston said that he believed that the fellowship at Chorlton had both a love of the Word and a commitment to the Work. This excited him. He read from Philippians ch.1 v.3-6 and compared his situation at Chorlton to that of Paul at Philippi. Paul was drawn to the church at Philippi and they to him. They loved one another, we could do the same at Chorlton.

A group from Hoylake then sang, after which Pastor Ken Longman of Royalthorne Evangelical Church gave the charge to the church. He applied the phrase “rightly dividing” from 2 Timothy ch.2 v.15 to the church at Chorlton. At a service in the evening, after a buffet meal, Pastor Peter Milsom from Deeside spoke on Christian Witness: God’s strategic purpose.

Since then the church has been involved in a number of evangelistic projects, including a week of children’s holiday Bible club each July, a week of door-to-door and street outreach at Easter and a regular Prison outreach. Alongside this has been a regular programme of leaflet distribution, plus meetings for children of various ages, younger adults, and indeed adults of any age. The church has built links to fellow believers in many parts of the world, through the missionaries we support, and through those who have spent time in fellowship with us during their studies at local universities and have now moved on to other lands. We hope to maintain those links, and so to encourage one another in the work of the Gospel.

In March 2013, a service was held to mark Pastor Johnston’s retirement after more than 27 years faithful ministry. A number of former members were present, along with friends and pastors from other churches.

The preacher at the retirement service was David Sharp of Irby, who had also spoken at Pastor Johnston’s recognition service in October 1985. On that earlier occasion, the weather was noted for its late summer warmth, in contrast to the cold, wintry day of the retirement service. Mr Sharp preached from Psalm 92 v 12-15, on the call to be planted in a local church; such makes the believer strong, steadfast and secure. The service included a reflection on the past by church secretary Paul Maylor, who was in membership when Mr Johnston was first called. Matthew Cox, another of the church’s elders, spoke of the nature of Pastor Johnston’s ministry, with four features highlighted; hard work in teaching and example, a belief in the importance of the local church, an emphasis on seriousness in corporate worship and a Christ-centred approach.

By the grace of God, the church has been blessed under Pastor Johnston, with clear, faithful teaching and expository preaching. Accounts from when the church was founded in 1930 as Chorlton Christian Fellowship, note the church’s desire to honour the Scriptures, against the background of increasing theological liberalism in other churches in the area. The church is grateful to Pastor Johnston for his faithfulness in helping the church maintain this desire.

Following Pastor Johnston’s retirement, Chorlton Evangelical Church unanimously agreed to call Mike Judge as their new pastor. A recognition service was held in January 2014 to thank God for his gracious provision. Mike was born in Glasgow, but grew up in West Yorkshire. He became a Christian at the age of 19, just before he began his training as a journalist. He has had articles published by several national newspapers, and blogged for the Huffington Post UK. For 14 years he was media spokesperson and Head of Communications for The Christian Institute, frequently appearing on national TV and radio.

Mike took up the pastorate at Chorlton in December 2013 and moved to Manchester with his wife and three young children. Mike has settled well into life in the church and we look forward to many fruitful years under his ministry. You can listen to Mike introducing the church by visiting our YouTube channel.

More in this section 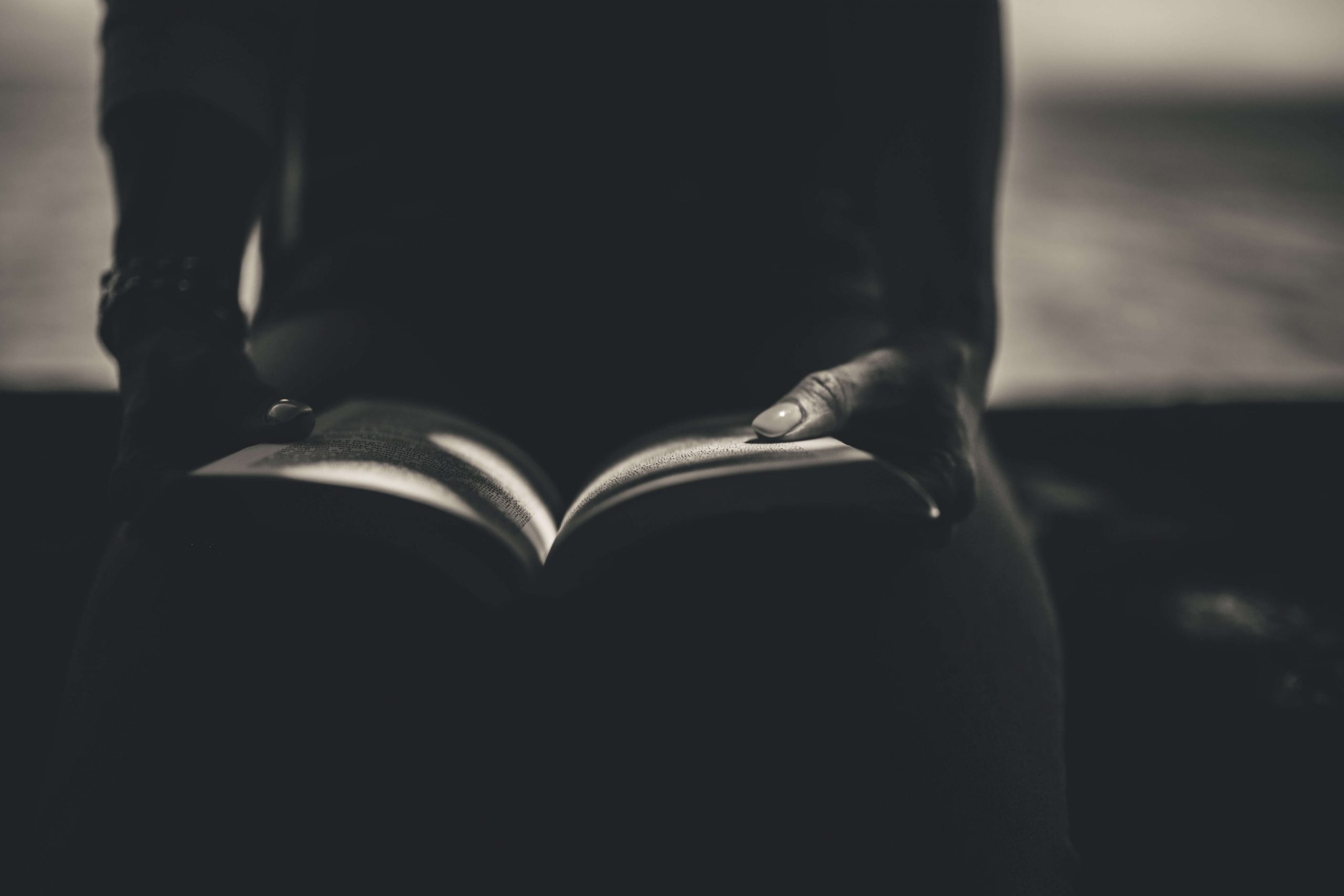 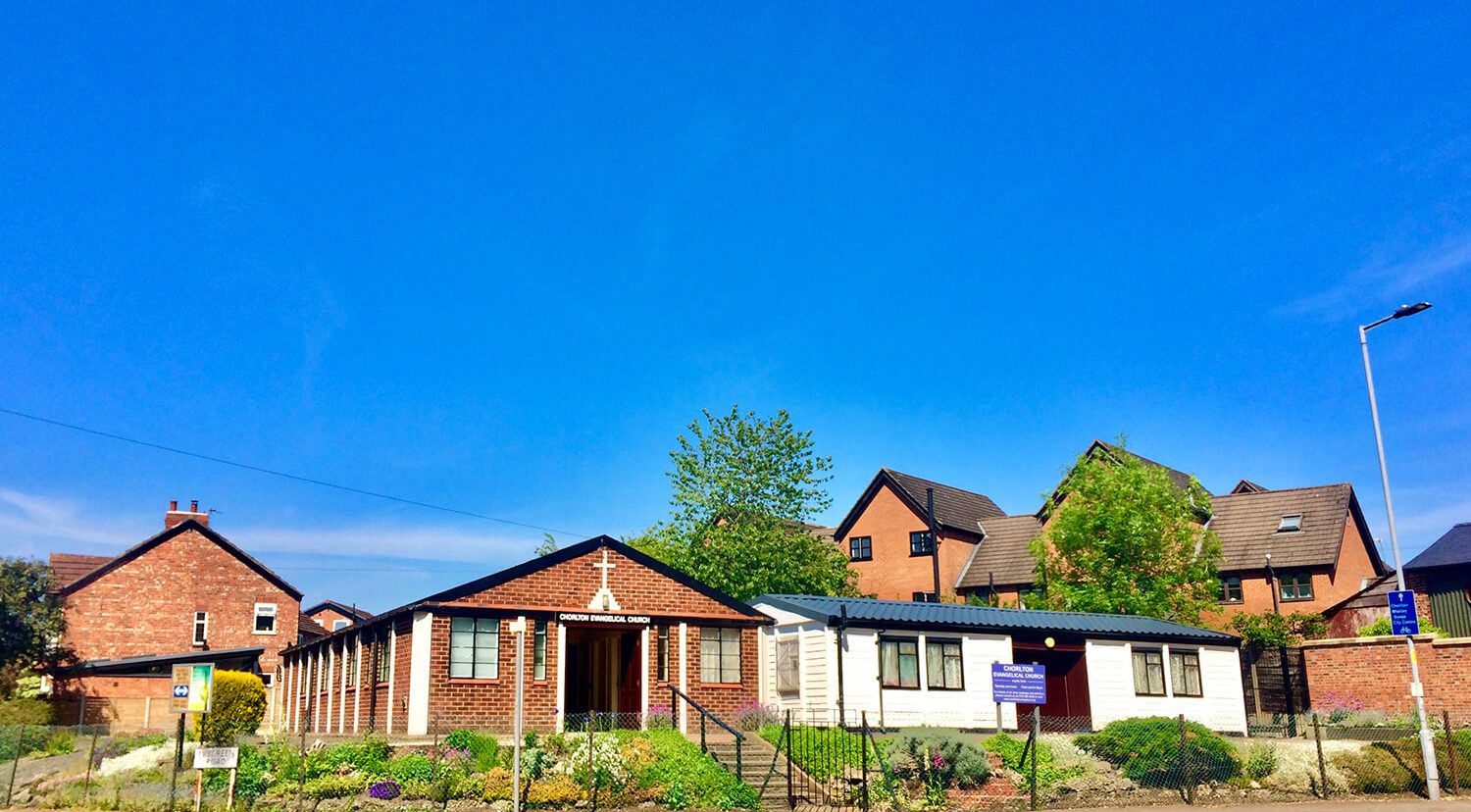